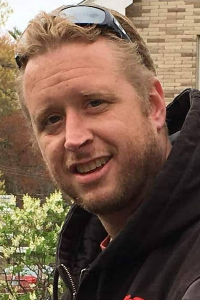 Jeffrey A. Fortin, 39, of Weare, NH, died accidentally Friday, January 24, 2020 at his home. He was born in Manchester, NH on July 12, 1980, a son of Laurent and Betty Ann (Charpentier) Fortin. He had been a resident of Weare for the past several months, formerly living in Londonderry, NH. Jeff was a graduate of Londonderry High School, Class of 1999. He was employed as a mechanic for Custom Truck One Source. Jeff enjoyed snowmobiling, ATVing, hunting and metal detecting, and was known to his friends as "Motor".

In addition to his parents of Londonderry; he is survived by his brother, Timothy P. Fortin and his wife Dotty of Manchester; his niece, Piper Fortin of Manchester; as well as many doting aunts and uncles.

Calling hours were held on Thursday, January 30th from 4 - 8pm in the Peabody Funeral Homes and Crematorium, 290 Mammoth Rd., Londonderry. A Mass of Christian Burial was celebrated on Friday, January 31st at 10:00am in St. Jude Parish, 435 Mammoth Rd., Londonderry. Following cremation, he will be interred in Mount Calvary Mausoleum in Manchester. In lieu of flowers, memorial contributions may be made to a charity of one’s choice.