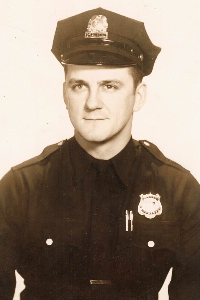 
Ronald A. Wichowski, 83, retired Truro Police Chief, passed away Wednesday, January 22nd at Liberty Commons Nursing Home in Chatham after a lengthy battle with Parkinson’s disease. He was the husband of Joyce Wichowski of North Truro.

Born in Northampton, he was the son of the late Anthony and Eva [Kubilis] Wichowski. Ron graduated from Northampton High School and Greenfield Community College. He joined the Northampton Police Department in 1965 and served until 1974 when he moved to Truro. After working for the Barnstable County Sherriff’s Department, Ron became Truro Police Chief in 1980 until he retired in 1993.

Ron served in the US Coast Guard during the period that included the Cuban Missile Crisis. He was also a member of the Morris Light Post, American Legion, the Lewis Young Post, Veterans of Foreign Wars and St. Peter the Apostle Parish.

In addition to his wife Joyce, his daughter Wendy Janoplis and her husband Michael of Truro survive him. He was predeceased by a daughter, Joy Wichowski.

Family and friends are invited to attend a Funeral Mass at 10:00 am on Thursday, February 6th at St. Peter the Apostle Church, 11 Prince St., Provincetown. Burial will be private.