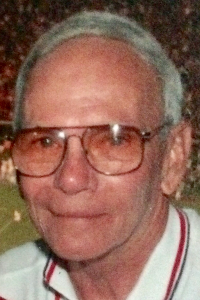 Mr. Thomoson was born November 30, 1937 in Tift County to the late Charles H. Thomoson and Sara Lee Thomoson. In addition to his parents, he was preceded in death by his sister, Barbara Ewing; his brother, Sonny Thomoson; and his first wife, Linda Thomoson. Mr. Thomoson graduated from Tifton High School in 1955 and attended Auburn University and Georgia Southwestern. He was a member of Brighton Road Baptist Church, where he also served as a deacon. He was retired from Georgia Power Company as a resident engineer and also worked at Southern Heritage. He had lived all of his life in Tift County. Mr. Thomoson loved the Lord, his wife and family. He enjoyed hunting, fishing, camping, cooking for people and loved playing football. He had a heart for animals.