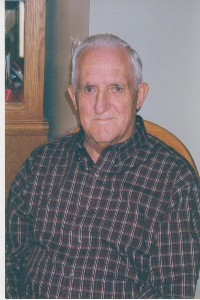 Thomas J. Lacombe, 94, formerly of Manville, died on Friday, January 10, 2020 at the St. Antoine Residence. He was the loving husband of the late Doris Y. (Lafleur) Lacombe. They were married in 1950 and shared 58 years together until her passing in 2008.
Born and raised in Albion, he was a son of the late Joseph and Albina (Phaneuf) Lacombe. Mr. Lacombe served in the U.S. Navy on the USS Blue DD-744 in the Pacific, during WWII. In March 2013, Mr. Lacombe had the opportunity to participate in RI Fire Chiefs Honor Flight “Bravo”, which was a day filled with great joy for him.
Over his career, he worked as a machinist and was employed by New England Precision Instruments, Gloucester Engineering and G.T. Sheldahl.
He was an avid bowler, member of the Cumberland Senior Center and Cumberland Beagle Club. He enjoyed singing, woodworking, playing cards, reading and following his beloved Red Sox. An avid animal lover, he spent many years with a dog by his side.
He will be remembered as a loving, husband, father, Pepere and truly outstanding gentleman.
He is survived by his son Denis T. Lacombe and his wife Rhonda of Manville, two daughters Denise Deguire and her husband Paul of Pascoag and Louise Deneault, of Lincoln. He is also survived by 5 grandchildren, Joshua Pernini, Jessi Mottola, Jillian Locke, Lauren Lacombe and Marilyn Darragh and 6 great-grandchildren Taylor, Angelle, Evan, Natalia, Sydney and Hayden. He was also an uncle to many nieces and nephews.
He was the brother of Roger “Bobby” Lacombe of Cumberland, and the late Joseph, Albert, Normand, Leonard, Irene Wojtowicz, Rita Namaka, Claire Plante, Doris Brunette, Madeleine Boucher and Marianne Lacombe.
A Mass of Christian Burial will be held on Saturday, February 1, 2020 at 11:00am at St. James Church, 33 Division St., Manville, RI. In lieu of flowers, the family has asked donations be made to RI Fire Chiefs Honor Flight Hub, P.O. Box 28132, Providence, RI 02908 and Wounded Warriors (donation forms available on-line).
Arrangements are by the Menard-Lacouture Funeral Home, 71 Central St. Manville.
www.menardfuneralhome.com