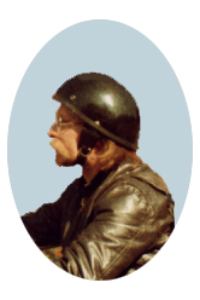 Dennis M. Laverty, 68, of Brockton, passed away on December 22, 2019 at Tobey Hospital, Wareham, MA. Born, raised, and educated in Brockton, Dennis was the son of the late J. Kenneth and Elsie J. (Mitchell) Laverty.

Serving during the Vietnam War Era, Dennis was a U. S. Army Veteran stationed in Wiesbaden, Germany.

Misfortune brought Dennis a horrific motorcycle accident in May of 1985, in Daytona Beach, FL., resulting in a traumatic brain injury which impacted his remaining years.

Prior to the accident, Dennis was well known as a mechanic at Matthew’s Garage, Brockton. Looking for a challenging new skill, he moved to Cape Cod and honed his talent as a finish carpenter. From there, deep sea fishing, and adventure moved him to the sea.

Dennis lived and worked as a fisherman enjoying the excitement and embracing the challenge of the hardships of Alaska. He fished for 6 years in the Gulf of Alaska and the Bering Sea out of Sitka, Kodiak, and Sand Point. “At sea, keep your survival suit at the ready.” “While in port in the early Spring, watch out for the bears – they just woke up and they are irritable, mean and hungry.”

Dennis really loved classic rock and the great artists who created it. He experienced almost all in concert. He had a penchant and an appreciation for exciting experiences, owning and driving fast cars, travel, and learning.

Dennis is survived by his sister Kathy Lagerstedt and her husband Rick of Brockton, nieces and nephews Elizabeth, Nicholas and Margaret Lagerstedt, of Brockton, and Leslie Beattie and John Laverty of CT. He was the brother of the late Kenny Laverty.

Good-bye Dennis, may your charismatic free soul ride with the guidance of the Valkyries.

“Here a great number of disabled people used to lie—the blind, the lame, the paralyzed. One who was there had been an invalid for thirty-eight years. When Jesus saw him lying there and learned that he had been in this condition for a long time, he asked him, “Do you want to get well?” “Sir,” the invalid replied, “I have no one to help me into the pool when the water is stirred. While I am trying to get in, someone else goes down ahead of me.” Then Jesus said to him, “Get up! Pick up your mat and walk.” “ At once the man was cured; he picked up his mat and walked. The day on which this took place was a Sabbath.” John 5:3-9