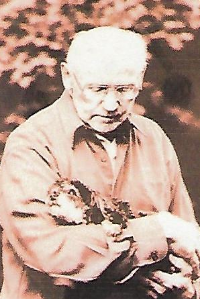 Raymond Louis Wright, Sr., passed away on January 14, 2020 at home with his dedicated and loving wife of 41 years, Beverly, by his side.

Ray was born on August 8, 1937 in Cornwall, New York. Growing up in the Hudson River Valley, Ray discovered his love of the outdoors and developed strong bonds with his childhood friends. When they weren’t climbing Storm King Mountain, he and his friends could be found playing basketball and football on the nearby school grounds. Ray walked to and from the local Catholic church on Sundays, where he would come to find spiritual guidance throughout his life. After graduating high school, Ray joined the U.S. Army not only to serve his country, but also to see parts of the world he might not otherwise visit.

Indeed, Ray’s sense of adventure was evident throughout his life and something he instilled in his children. Whether it was traveling to Mexico with one of his daughters, backpacking through Central America with his sons, or spending two weeks in Western Europe with another daughter, Ray knew there was a world to explore and wanted to share these experiences with his family. While others were planning for retirement, Ray was planning family trips that included a three-week cross-country trip to visit national parks, skiing in California and New England, and camping throughout the Adirondacks.

A man of very humble beginnings and a child of the Depression era, Ray said he felt like he would make it in life if he made $100 per week and could buy a used car. But he did much more than that. After serving in the U.S. Army as a Master Sergeant, he began a lifelong career in business development for industrial machining and raw castings, living in New York, Connecticut and Ohio before settling in Syracuse, New York with Beverly and their future children. Perhaps it’s no surprise that Ray’s driving forces in life were his family and his faith. He worked tirelessly to provide for his family and to ensure they had opportunities that he was not afforded earlier in life.

Always believers in the importance of higher education, the combination of Ray’s success in business and Beverly’s dedication to the field of nursing allowed them to put their children through both undergraduate and graduate school. Ray knew that there would be a judgment day and strived to be an exceptional husband, father, and member of society, with near-constant storytelling and practical jokes.

Ray joins his parents, Elizabeth and Raymond; brother, Russell; and dedicated canine companion, Tahoe, in the afterlife. He leaves behind many loving family members, including; his wife Beverly; children Angele, Lisa (Joe), Ray Jr. (Marie), David (Daisy), and Christina (Shannon); siblings Betty and Ed, and their respective spouses; grandchildren Alexandra, Matthew, Ray, Ben, and Reese; and family dog, Irish, who, along with his wife, were Ray’s constant companions as his health declined. Ray’s family is also grateful to Dr. Constantine Manthous and his staff, VITAS Health Care, Visiting Angels, Father Tony Dinoto, and the parishioners at St. John’s Church in Niantic, Connecticut.

In lieu of flowers, please send memorial donations to the Adirondack Council, which works to protect one of Ray’s inspirations ~ the Adirondack Park. A memorial celebrating Ray’s life will be held at a later date.