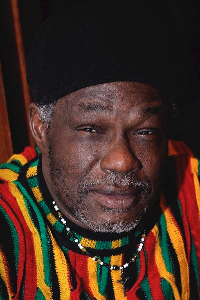 Devon Anthony Bennett was born on October 23rd, 1957 in Kingston, Jamaica to Gwendolyn Buchanan and Winston Bennett. Devon was one of eight children.

All who knew Devon knew that he was a servant of God, a loving, kind, compassionate, passionate, and strong-willed man. As a baby, Devon was ill and remained hospitalized. Granny, his beloved grandmother, would share with her church friend, Ms. Mae Danvers, her concerns about and prayers for her beloved grandson. Ms. Mae would serve as a critical force in Devon’s life, cultivating an environment where he would heal and be released from the hospital. Through her love for Devon and her love for God, Ms. Mae would nurture, encourage and help mold Devon into the man we knew him to be.

Shortly after his arrival to Boston, Devon would meet the love of his life, Regina (Gina) Abdal-Khallaq-Bennett. They began a seven year courtship and married on May 25th, 1996. In 1998, Devon would bring Tameka to Boston.

Devon had many loves, but the thing he loved most was to pray. He would pray out loud, for friends and family, and for the well-being of all. He prayed for the children, and would call the children in his family by name. Devon loved a good conversation and argument, and would frequently remind those who tried to advise him that they knew little, because they were not God.

Early in his career, Devon was employed as a security officer and later, as a maintenance employee for Reggie Lewis Track and Athletic Center and Roxbury Community College.

When Devon wasn’t at work, he could be found fishing at the pier on the Cape, participating in his bowling league or preparing and savoring delicious meals.