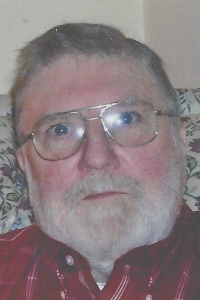 John P. O’Brien, age 75, of Norton, formerly of West Roxbury and Dorchester, passed away peacefully at home, surrounded by his loving family, following a long illness on Friday, January 24, 2020. He was the beloved husband of Marie (Kelley) O’Brien, to whom he was wed for fifty-two years.

Born in Boston, MA on March 31, 1944, John grew up in Dorchester, was a 1964 graduate of Dorchester High School and was extremely proud of his service as a member of the United States Marine Corps during the time of the Vietnam War.

Prior to retiring, Mr. O’Brien had been employed as a lineman for the railroad, a career that began with New York, New Haven Railroad and later for Penn Central, Conrail and finally with Amtrak.

John had made his home in Norton for the past nine years and was a communicant of Saint Mary’s Church in Norton. He loved spending time with his family and especially treasured every moment with his cherished grandchildren.

He was a strong supporter of Notre Dame sports and the New England Patriots.
John also enjoyed reading and the simple pleasures of relaxing at home and watching television.

In addition to his wife, he is survived by his devoted children: Timothy J. O’Brien and his wife Cathy of Bridgewater, Laurie A. Bubencik and her husband Robert of Foxboro, Kathleen M. White of Mansfield and MGySgt Peter J. O’Brien, USMC and his wife Michelle of Hawaii. He was the dear and proud grandfather of grandfather of Adam, Heather, Emily, Nicole and Sean Bubencik, Nicholas, Hailey, Rachel and Jessica O’Brien, Joshua and Cullen O’Brien, Makayla White and the late Brendan Bubencik. He was the brother of Rosemarie Wyllie, Maureen Killelea, Joanne O’Brien, Meg Leach and her husband Ray, and is also survived by many nieces and nephews.

His funeral Mass, to which relatives and friends are cordially invited to attend, will be celebrated on Tuesday, January 28th at 10:00 A.M. in Saint Mary’s Church, 58 Carpenter St., Foxboro by his nephew Rev. Matthew J. Westcott, Pastor. Burial will follow at Saint Mary’s Cemetery in Foxboro.