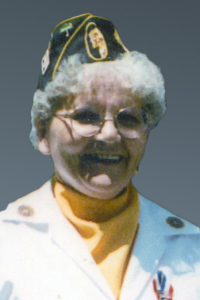 LACONIA-----Nancy J. Rouse, 75, of Strafford Street passed away peacefully after a 9 year battle with cancer on Sunday, January 19, 2020 at the Lakes Region General Hospital.

Nancy was born on August 27, 1944, in Philadelphia, Pennsylvania, the daughter of the late Marion (Smith) Gardner. Nancy served in the United States Army. Shortly after leaving the military, she was a long time employee of Allen Rodgers Corporation as a supervisor, and one of the last people to lock the doors when it closed down. She later worked at Lakes Region Manufacturing and retired in 2010.
Nancy was a lifelong member of the American Legion. She enjoyed spending time with her family and friends. She also enjoyed the outdoors, such as going to the ocean, fishing, and boating, along with playing card games.

A Graveside Service will be held in the spring in Sacred Heart Cemetery, Garfield Street, Laconia NH.

For those who wish the family suggests that memorial donations may be made to LRGH Anderson Ganong Cancer Center, 80 Highland St, Laconia, NH 03246.

Wilkinson-Beane-Simoneau-Paquette Funeral Home & Cremation Services, 164 Pleasant Street is assisting the family with the arrangements. For more information and to view an online memorial go to www.wilkinsonbeane.com.