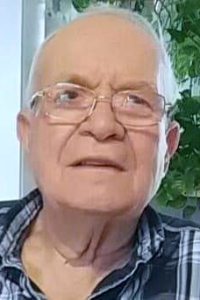 John F. Kneeland, 90, of Adamsville, passed away peacefully on Wednesday, January 22, 2020 at Catholic Memorial Home surrounded by his loving family.. He was the husband of Lorraine (Wales) Kneeland, they were married for 58 years.


Born in New Bedford, son of the late Raymond E. and Olive B. (Reiter) Kneeland, he was a lifelong resident of Adamsville. A veteran of the Korean Conflict, he served his country in the United States Air Force. Prior to retirement, he was a carpenter for the MA Local 40 and RI Local 94, which helped build the Newport and Jamestown Bridges. Mr. Kneeland was an avid outdoorsman, he loved snow skiing, water skiing, gardening and working on his lawn, and he also enjoyed trips to Maine.


Including his wife, he is survived by a son: Mark A. Kneeland and his wife Jennifer of Adamsville; 3 daughters: Jackie Ferreira and her husband Jay of Warren, Marcia Tyndall of NC and Carla DeCosta and her husband Brian of Tiverton; and 6 grandchildren: Jesse, Josh, Kyle, Maryssa, Jenna and Olivia.


He was brother of the late June McFarland.


Funeral to which relatives and friends are invited will be Tuesday, January 28, 2020 at the Potter Funeral Home at 10 AM.