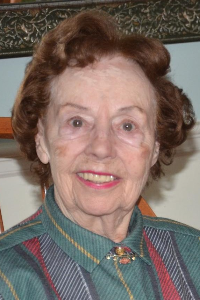 WAYLAND: Aldona (Slepetys) lannace, 92, a retired professor of French and Russian Literature, died peacefully Sunday morning, January 19, 2020. She taught at Pace University in Pleasantville, NY for over 25 years.
Born in Kaunas, Lithuania she began her career as a ballet dancer. She performed as a ballet soloist and prima ballerina in Kaunas, Vienna and Graz. After joining the Opera of Paris, she toured throughout France, Spain and Portugal.
Aldona immigrated to the United States in the early 1950's where she performed at Carnegie Hall and taught at the Ballet Institute of New York while working on her Master's degree at Columbia University. In 1958 she obtained a Ph.D. in French Literature from New York University after which she taught at both New York University and Fordham University for a number of years. While at NYU she met her future husband, Gaetano lannace, whom she married at Notre Dame Cathedral in Paris. During her career Aldona worked tirelessly for freedom and democracy in her native Lithuania and also for the inclusion, active participation and co-responsibility of Catholic women around the world as the Lithuanian President of World Union of Catholic Women's Originations (WUCWO). For her many years of distinguished service in supporting the Catholic faith around the world Aldona was awarded the Pro Ecclesia et Pontifice medal by Pope John Paul Il in 1993. After her retirement Aldona continued to live in Yonkers, NY, later moving to Massachusetts to be closer to her son Carmine, his wife Rita and her granddaughter Emilija.
A Funeral Mass will be held Saturday morning January 25, 2020 at 9:15 AM at St John the Baptist Catholic Church, 670 Yonkers Ave., Yonkers, NY, with interment in Holy Sepulchre Cemetery, Kings Highway, New Rochelle, NY to follow.
Calling hours Friday, January 24, 2020 from 5 to 8 PM at Yannantuono Burr Davis Sharpe Funeral Home, 584 Gramatan Ave, Mt Vernon, NY 10552.
In lieu of flowers the family requests donations be made to Lithuanian Catholic Religious Aid (lcraid.org).