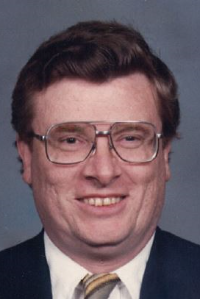 GORHAM- Charles “Chuck” Hickey, 72, passed away peacefully on January 22, 2020 at his home in Gorham, Maine.
He was born on October 15, 1947 in Waltham, Massachusetts, the son of the late Daniel and Wilma (Zippel) Hickey.
He grew up in Watertown, MA and graduated from Newton Technical High School in 1965. Following graduation, he joined the U.S. Navy and served on the USS Providence during the Vietnam Conflict. He went on to work as a lithographer with Xerox Corporation for 39 years.
Chuck was an avid gardener and photographer. He volunteered his time with the Builders for Christ organization spending some of that time helping to build his home church at the time, Grace Church in Hudson, Massachusetts. After retiring, he volunteered at Marlborough Hospital for several years. When he moved to Maine he began volunteering at Mercy Hospital and the Animal Refuge League. He was an active member of The Rock Church in Scarborough serving in hospitality.
He is survived by his wife of 44 years, Marilyn (Nawoichik) Hickey; his daughter and son, their spouses, and several grandchildren; and a sister, Joan (Hickey) O’Connor of Newton, Massachusetts. He was pedeceased by his sister, Florence (Hickey) Piantedosi.
The family would like to thank Northern Light Hospice for their compassionate care.
A celebration of life will be held at 11 am on Saturday, February 8th at The Rock Church, 66 Gorham Road, Scarborough, Maine.
In lieu of flowers, donations can be made to The Rock Church building fund.