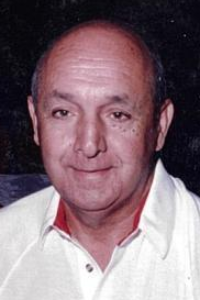 FALL RIVER - Joseph Raymond “Ray” Morrissette, age 88 of Fall River, passed away after a brief illness on Saturday Jan. 18, 2020. Ray was the beloved husband of 62 years to Evelyn (Moniz) Morrissette and the son of the late William & Alberta (Raymond) Morrissette.

Ray attended St. Anne and Notre Dame Parochial Schools, and Msgr. Prevost High School. He also attended Bradford Durfee College of Technology and Arizona State College after enlisting in the U.S. Air Force in 1951. He served in the Adjutant General’s office during the Korean War from 1951-1955.

Prior to retiring, Ray worked for the Fall River Fire Department for 30 yrs. as a Firefighter, the Driver of Pumper #9 of the Flint Fire Station and finally as a F.R.F.D. Dispatcher. He was also an avid NY Giants fan.

In lieu of flowers, Memorial Contributions may be made in Ray’s memory to the Fall River Firefighters Wives Association., P.O. Box 423, Somerset, MA 02726. www.frffwa.org.