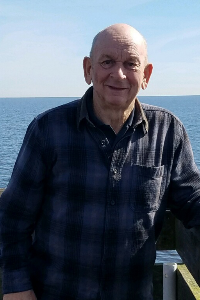 TEWKSBURY – David Charles Gath, age 78, a retired Residential and Commercial Contractor, beloved member of the Gath family, and well known member of the community, died peacefully in the care of his family and Hospice on Monday evening, January 20, 2020, after a courageous two and a half year battle with cancer. He was the husband and best friend of Marjorie E. (Stewart) Gath, with whom he had celebrated a fifty-sixth wedding anniversary this past November 9.

Grampy, as he was known by his grandchildren, was happiest being busy in his garage or attending every game, birthday, karate match, concert, car race, or other hobbies his grandchildren pursued. He enjoyed building projects for his family like “Grampy Tough” picnic tables; he would build you an ark if you asked. He taught many life lessons to his grandkids in the little moments he didn’t even realize — be humble, let your work show for itself and bungee cords can also be used as seatbelts. Grampy always put family first; Fifty-six years with Margie and Grampy still acted like a teenager in-love, as inappropriate as it was at times it set an example of how much you can truly love someone.

He was born in Lowell, one of six children of the late Charles and Dorothy (Garrigan) Gath, and lived his entire life on Marshall Street in Tewksbury. After graduating from the Lowell Trade (High) School, he entered into the home building business. He went on to found his own construction company, the David C. Gath Construction Company; which has continued as a family business run by David Jr. following his retirement. David was an active and life-member of the Tewksbury Lions Club for the past thirty-two years, held several club offices, managed and housed the Lions Club handicapped accessories loan-out collection, and was recognized as “Lion of the Year” along with other accolades. Dave was always generous with his time and treasure, willing and available to “lend a hand” regardless of the complexity or inconvenience of the task at hand.