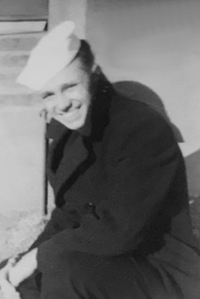 Born and raised in Woburn, Jack was the son of the late Joseph L. and Hannah (Clark) Airey. He was educated in Woburn, upon graduating, enlisted in the U.S. Navy, where he served in Korea.

Mr. Airey attended Northeastern University, graduating summa cum laude with a degree in electrical engineering, and worked for Analogic in Danvers for many years. A man of many interests, his large family remembered him as kind and gentle, a loving soul who enjoyed his many grandchildren, sometimes just simply watching them play. In his spare time, he took a course and dabbled in taxidermy and displayed a completed grouse, pheasant and bobcat. He could also be found at the gun club, practicing shooting and target archery. Jack also built model airplanes and took the children out to open fields to fly them. He was very handy around the house and could fix anything, and also single-handedly remodeled the house.

In addition to his wife, Jack is survived by his children: Judy Lilley and her husband Steven of Woburn, Ed Airey and his wife Noreen of Georgetown, MA, Daniel Airey and his wife Ulli of Woburn, Rebecca DiFronzo and her husband Butch of Pittsfield, NH. He was predeceased by two daughters, Brenda Rodriguez and her surviving husband Julio, and Pauline Paha. Mr. Airey was the dear brother of Leslie Greenbank of MO and the late James Airey and surviving wife Mal, and is further lovingly survived by 31 grandchildren and 28 great-grandchildren. Relatives and friends are kindly invited to attend a Funeral Service at the Costello Funeral Home, 177 Washington St., Winchester, on Friday, Jan. 24 @ 11AM, with a Visitation one hour prior to the service at 10AM. Burial will be private. In lieu of flowers, donations in Jack’s memory may be made to the Alzheimer’s Association, 309 Waverly Oaks Rd., Waltham, MA 02452. www.alz.org.