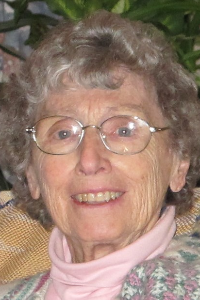 Eunice Pearl MacEachern, 92, of Weare, NH died Monday January 20, 2020 at the Hillsborough County Nursing Home, Goffstown, NH. Eunice was born in Lynn, MA on September 12, 1927, a daughter of the late Joseph and Florence (Johnson) Keller. She had previously resided in Litchfield, NH for 18 years and Windham, NH. Eunice was a longtime member of the Trinity Assembly of God Church in Derry, NH where she was very active. Her love of God and her love for her family were the two main focuses of her long and happy life.

She is survived by two daughters, Shawne Hilliard and her husband Russell of Weare, and Kim MacEachern of Kennebunkport, ME, two sons, Eric MacEachern and his wife Lynne of Orofino, ID, and Gary MacEachern and wife Nanci of Brookings, OR, seven grandchildren, 11 great-grandchildren, and many nieces and nephews. She was predeceased by her husband, Earl F. MacEachern in 2016, and by her six loving brothers, and two loving sisters.

Following cremation, a Celebration of Life will be held at a later date. The Peabody Funeral Homes and Crematorium of Derry and Londonderry is assisting the family with arrangements.