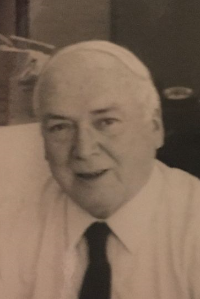 HUDSON, NH: William Leo Ryan, age 87, a resident of Hudson, NH for the past 13 years, formerly of Tewksbury, MA passed away at home in the care of his family and Merrimack Valley Hospice on Sunday, January 19, 2020.

He was the beloved husband of Rhea C. (Suprenant) Ryan, with whom he celebrated their 61st wedding anniversary on July 19, 2019.

He attend Northeastern University, where he was the class of 1960 Co-op President, before receiving his Bachelor’s Degree in Business Administration.

He enjoyed many activities during his retirement years, especially his Thursday evening cribbage games with his friends at Mission Point in Hudson, NH.