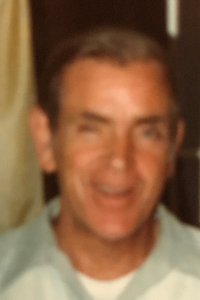 Gerald, a proud member of Teamsters Local 25, had been a route driver for Crown Linen for many years before his retirement.

Gerald and his wife spent winters in Naples, Florida for 15 years after retirement.

He was fond of all the Boston sports teams and coached his son’s little league teams.

In addition to his wife he is survived by his sons, Thomas G. O’Brien and his wife Ellen of Foxboro and Kevin J. O’Brien of North Attleboro.

He was the father- in- law of the late Diane O’Brien of North Attleboro.

He is also survived by his brother Stephen O’Brien of Norwood and was the brother of the late James, Hugh and George O’Brien.

He is also survived by his grandson Jack O’Brien as well as many nieces and nephews.

His funeral services and interment will be private.

Arrangements are under the care of the Ginley Funeral Home (www.ginleyfuneralhomes.com) Walpole.