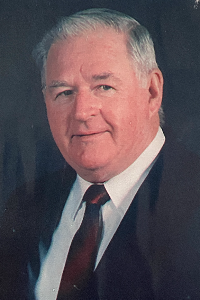 FOLEY Harold E. Master Chief Petty Officer, U.S. Navy (Retired) of Wellesley, passed away peacefully on January 21, 2020 surrounded by his loving family. He was predeceased by his wife of 60 years, Marjorie Ann (Ellis) Foley and his son, Michael E. Foley of Natick. He was the son of the late William P. Foley and Elizabeth T. (Connolly) of Newton, Massachusetts. He is survived by his children; Daniel and wife Diana Foley of Milford, Audrey and husband Robert Egan of Grafton, Elizabeth and husband Bryan Christensen of Ashland and his daughter in law Janet Foley of Natick.  He also leaves his grandchildren Olivia Carter, Allison Foley, Stephanie Egan, Jeffrey and his wife Abigail Egan, Alexander, Sarah and Jason Christensen and Mark and Timothy Foley as well as his great-granddaughter Haley Carter.

Harold attended school in Newton and after enlisting in the Navy, he earned his Massachusetts GED by attending various night schools.  Also, after retirement, he earned an Associate’s degree from Newbury College in Boston.  During his naval career, he was stationed on many amphibious ships and stations including the Battleship USS New Jersey, BB-62, Heavy Cruisers USS Des Moines, CA-134 and USS Macon, CA-132.

Upon Retiring from the Navy, he was employed by New England Telephone Company and served in various positions including Special Services, Network and Engineering.  After retirement from the Telephone Company, he volunteered as a tax advisor (VITA) at Hanscom AFB and the Naval air Station, South Weymouth retiree activity office.

Visiting hours will be held at the George F. Doherty & Sons Funeral Home 477 Washington St. (Rt. 16) Wellesley on Thursday, January 23rd from 4-7pm. Funeral from the funeral home on Friday, January 24th at 9am, followed by a Funeral Mass at St. Paul’s Church, Wellesley at 10am. Relatives and friends kindly invited. Interment Woodlawn Cemetery, Wellesley. In lieu of flowers, contribution is suggested to St. Jude Children’s Hospital, the Alzheimer’s Association or to the charity of your choice.