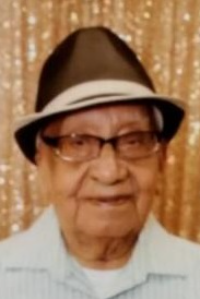 He was born in Canton San Andres, El Salvador, the son of Leonicio and Teresa (Orellana) Portillo; and worked as a farmer during his years in El Salvador. He will be remembered for his strength, hard work and love of farming, but most of all as a loving husband, father, grandfather and great-grandfather and will be truly missed by all who knew and loved him.