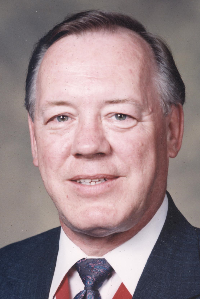 Joseph P. Stone of Medford died on Monday, January 20, at the Kaplan Family Hospice House of Danvers. Raised and educated in Cambridge, he was the son of the late Thomas A. and Mary (Curran) Stone.

Joseph was the beloved husband of over 60 years to the late Christine P. (Bowen) Stone, and the devoted father of Patricia Donnelly of Medford and her late husband Brian, Elizabeth Liberty of Medford, Mark J. Stone of Stoneham, and Karen Stone of Medford and her fiancé William Brady, Jr. He was the loving grandfather of Kristen, Ryan, Sarah and Fernando, and Jake, and dear brother of MaryEllen Sullivan of Framingham and her late husband Robert, Joseph's twin brother, the late Thomas Stone and his late wife MaryEllen, Jack Stone of Newton and his late wife Lydia, Kevin Stone and his wife Madeline of Billerica, the late David Stone, David's late wife Gerry and surviving wife Linda of New Hampshire, Brian Stone of Waltham and his late wife MaryJane, and the late Peter stone and his late wife Mary. Joseph was the dear brother-in-law of the late John Edward and his surviving wife Valerie of Methuen, and is also survived by many loving nieces, nephews and beloved dog Talula.

Funeral from the Dello Russo Funeral Home, 306 Main St., Medford on Friday, January 24 at 10 AM followed by a funeral mass celebrated in St. Raphael Church, 512 High St., Medford, at 11 AM. Relatives and friends are respectfully invited to attend. Visiting hours Thursday, January 23, from 4 through 8 PM. Services will conclude with burial at Oak Grove Cemetery, Medford.

In lieu of flowers contributions may be sent in Joseph's name to the Alzheimer's Association, 309 Waverley Oaks Rd., Waltham, MA 02452.