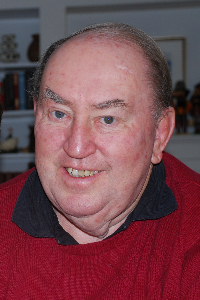 Al is survived by his wife of 56 years Margaret “Lynn” Danse, his daughter, Shelly Danse Richins, her husband Todd Richins and their two sons, Max and Henry, and his son Christopher Alan Danse of Marion, and his two daughters, Madelyn and Moira Danse of Portland, Maine.

Al was born in Lewiston, Maine and attended schools in Lisbon Falls where his mother was a teacher for 42 years. He received a degree in Business and Finance from Bentley College. In 1970, Al joined the Titleist Company, which brought he and his family to Marion, where he established cherished friendships and had deep ties to the community.

Al had a good sense of humor and was known for his ability to tell a great joke or an amusing story. As an avid golfer, Al was a proud member of The Kittansett Club for over 20 years, participating in many tournaments and fostering a lifelong love of the sport. He served on the Marion Finance Committee and was a former Mason.

In 2002, he and his wife retired to St. Simons Island, GA. They returned to Marion in 2011 to be closer to family and friends, where Al enjoyed spending time with his grandchildren sharing his love of baseball and golf.

A celebration of his life will be held on Saturday, May 2, 2020 at The Kittansett Club, 11 Point Road, Marion, MA 02738 at a time to be announced. In lieu of flowers, donations can be made to the Marion Council on Aging, 465 Mill St., Marion, MA 02738. For online guestbook, visit www.saundersdwyer.com.