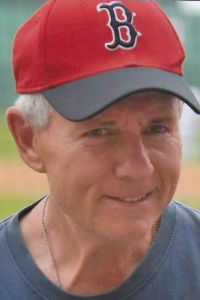 After a valiant ten year battle with Lewy Body Dementia, Marc Lecomte Letendre, 71, of New Bedford passed away at home on January 18, 2020, with his wife and daughter by his bedside.

He is predeceased by his parents, Fernand and Claire (Lecomte) Letendre. He is survived by his best friend and loving wife of 46 years, Michelle (Roy) Letendre and the bright light of his life, his daughter, Marcie (Letendre) Orr and her husband C. Bart Orr of Portsmouth, RI. No grandfather could have loved his grandchildren more. Thomas, Stella and Simone Orr always made him smile and he enjoyed their antics!

Marc is survived by his brother, Fernand Letendre and his wife Beverly of Fall River and their children: Godchild Catherine (Letendre) McCormack of Brooklyn, NY and Michael Letendre of Raynham; and sister Nicole Letendre of Swansea, MA. He also leaves his Godchild, Matthew Morrissey of New Bedford and his beloved sister-in-law, Claudette Roy Viall of No. Scituate, RI.

Lori Lewis was Marc’s caregiver for 5 years. She cared for him like a family member because she became family. Her love and compassion helped him deal with what he was enduring.

He graduated from Msgr. Prevost High School in Fall River and Assumption College in Worcester, MA. He earned an M Ed from Florida Atlantic University in Boca Raton, FL.

Born and raised in Fall River, Marc moved to New Bedford after his marriage and lived there for the remainder of his life with the exception of 6 years in Ft. Lauderdale, FL,

Marc’s love of baseball continued after his playing days in college. He played for many years in the Newport Sunset Baseball League at Cardine’s Field. He also coached many summers at Ted Williams Baseball Camp in Lakeville.

His love of sports made him seek additional avenues to work with students. He became a well-respected official in several sports. He refereed high school football for over 25 years in the South Coast area, as well as college football for many years. He served as the President of the SMFOA. In addition to football, Marc also officiated basketball and volleyball, as well as being a baseball umpire.

Marc received the Marian Medal for his work with the CYO and Notre Dame Parish in Fall River.

He was a parishioner of St. Joseph-St. Therese Church serving as Eucharistic Minister. His faith helped him deal with his debilitating disease, he never complained about his condition.

His greatest joys were spending time with his wife, daughter, grandchildren, and family. Marc loved fireworks and enjoyed the hospitality of Conrad and Janice Roy and the expertise of Jonny Roy and Conrad Roy Jr. for their incredible firework displays at the Cottage. He enjoyed lots of laughs with sister-in-law Lorraine Roy Hawkes of Rochester, MA. Trips to Ft. Myers for Spring Training wouldn’t have been the same without nephew Michael Morrissey and his family and the wonderful pictures Mike always produced. He took delight in many nieces, nephews, grandnieces, and grandnephews especially the “redheads”. He enjoyed playing golf for many years as a member of Fall River Country Club, traveling with his Diman friends and watching the Red Sox, Patriots and Celtics.

His great friend, Armand Viera, gave him many laughs, stories, and companionship from their meeting in 2001 and throughout his illness.

Marc will be remembered for his sense of humor, but more importantly for the genuine love and caring he had for his colleagues, students, friends and especially family. He was a kind and gentle man who loved people!

His Funeral Mass will be celebrated on Friday January 24, 2020 at 11 AM at St. Joseph-St. Therese Church. Visiting hours will be on Thursday January 23, 2020 from 4-7 PM at the Saunders-Dwyer Home for Funerals, 495 Park St., New Bedford. In lieu of flowers, donations can be made to Ronald McDonald House in Providence, RI or St. Jude’s Hospital for Children. For directions and guestbook, please visit www.saundersdwyer.com.