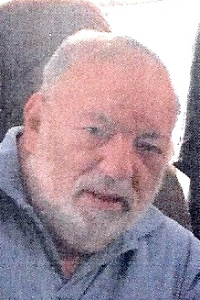 
Universally hailed as a great guy, the longtime Mansfield resident actively and tirelessly contributed to his community. He was a charter member of the Mansfield Lodge of Elks, where he took up the helm as Exalted Ruler from 1985 to 1986 and worked as Secretary for more than 27 years. He also served on the Mansfield Board of Health from 1980 to 1991, the last two years as Chairman, in addition to serving on and chairing several Town Manager search committees.


A widower, he devotedly took care of his wife of 46 years, Gail Philbrook Rosenberg, during her long illness. When she died in 2014, he moved to Oak Point, a retirement community in Middleboro, MA, where he could be found riding around in his golf cart, attending poker games, calling Bingo, and spending time with his dear friends Janet Chesley, Steve Magyar, and others at Oak Point.


He was the Red Sox’s and the Patriots’ biggest fan (though he was thrilled when the Nationals won the last World Series). He had an impeccable sense of humor. He could rant about politics on Facebook better than anybody.


He will be sorely missed by his daughter, Amy Rosenberg, of New York City; his son and daughter-in-law, Matthew and Katerina Rosenberg, of Apollo Beach, Florida; his three grandchildren; his brother and sister-in-law, Richard Rosenberg and Alice Kurtz, of Bloomfield New Jersey; his sister and brother-in-law, Myra and Peter Schwartz, of North Attleboro Massachusetts; his in-laws Bradford and Lynn Olson, of Hudson, Florida; his former legal ward, Yuko Murata, of Sendai, Japan; and his devoted nieces and nephews: Sarah Rosenberg, Rachel Rosenberg, Adam Zeitsiff, and Jeremy Schwartz.