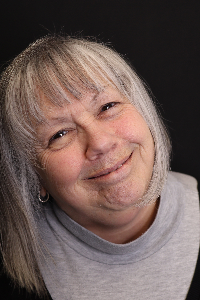 Born in New Haven, CT to the late Eugene A. and Chiarina (Altieri) Porto; Maria grew up in Wallingford, CT, with her next door neighbor and sister by heart, Joanie Sheehan (Hilbert). Together they had numerous adventures, mishaps, and created epic stories to be told for years to come.

Maria married the love of her life in May of 1977. Together with Charlie, she created her own carbon copy (in personality, silliness, and charm, if not in stature!)—their daughter Myra. She made sure to bestow upon their daughter, her same sense of crazy humor and all the confidence and strength she could dream.

After moving to Alburgh, VT in the eighties, Maria started working in the elementary school system in special education and eventually as a middle school language arts teacher. She gravitated to the underdog and marginalized students and elevated them. She was a champion for the students that other teachers may have already written off and celebrated each and every individual milestone they would meet. The impact she had on some of those students is immeasurable and infinite.

It would be a huge mistake to talk about Maria's life without mentioning the supreme queen of her life (yes, even beyond her only human daughter!), her 12 year old black lab, Raisin. It was rumored that she would push anyone in front of a bus to save that dog!!

Maria was predeceased by her parents, Eugene & Chiarina; her sister, Ann; and her husband, Charlie. She is survived by her daughter, Myra and her husband Marol of Warwick; her sister by heart, Joanie of Wallingford CT; several cousins in CT; and numerous close friends in VT.

Maria loved God with all her heart, and was confident in her eternity. Her love of God directed her love of people and it was evident every day of her life—and her death. Maria gave of herself even after her death by being an organ donor, and we all rejoice in that exemplary blessing.

Services will be private and a celebration of Maria's life will be planned for Springtime up in Vermont.
Donations in her memory are gladly encouraged for either the New England Donor Services, www.neds.org New England Donor Services or The East Greenwich Animal Protection League, www.heartofri.org The East Greenwich Animal Protection League