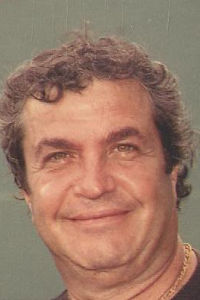 Pietro S. Galluzzo, of Medford, passed away on January 17. He was 72 years old. Pietro was born in Grotteria, Calabria, Italy to the late Domenico and Maria T. (Lombardo) Galluzzo.

Pietro was the owner of Pietro’s Park Plaza Unisex Salon in Boston. For many years, on August 15, Pietro would carry the “Vara” in the city of Messina on the day of the Assumption. It was an honor he looked forward to year after year. Pietro always enjoyed his many return trips to Italy. Pietro loved gardening and each year he would grow tomatoes, zucchini, eggplant, peas and figs. He also enjoyed king crab legs, lobster and playing poker. His love for his grandchildren was endless, and Pietro always looked forward to spending time with them.


Pietro was the beloved husband of 50 years of Josephine (Berte) Galluzzo. He was the devoted father of Domenic Galluzzo and his wife Korie of Medford, Michael Galluzzo and his wife Allison of Woburn and Sabrina Galluzzo and her fiancée Devan Frye of Medford. Loving “Nonno” of Myles, Sydni, Monica, Mycenna, Sofia, Julia and Mayson. Dear brother of the late Pasquale “Pat” Galluzzo. Brother-in-law of Maryanne Galluzzo of Methuen. He is also survived by many family members and friends.

His funeral will be from the from Dello Russo Funeral Home, 306 Main St., Medford, on Thursday, January 23, at 9AM, followed by a funeral Mass celebrated in St. Joseph Church, 118 High Street, Medford, at 10AM. Relatives and friends are respectfully invited to attend. Services will conclude with burial at Oak Grove Cemetery, Medford. Visiting hours will be held on Wednesday, from 4-8PM.