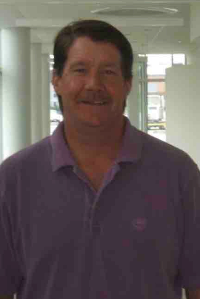 Michael Daniel Palmer – Gorham ME
GORHAM- Michael Palmer, 56, died peacefully at Gosnell Memorial Hospice House in Scarborough Maine after a long battle with cancer.
He was born September 14, 1963 to Marciel and Wesley Palmer.
He spent his childhood in Windsor Vermont and graduated from Windsor High School in 1981. Upon graduating he moved to Burlington, Vermont where he lived for many years, enjoying everything the city had to offer.
In 2008 He moved to Portland Maine. Mike had a great sense of humor, was always joking and remained positive even during his illness.
He loved watching football, especially the Minnesota Vikings, reading and enjoyed learning new things daily. He held various jobs but especially took pride in his years of service at Koffee Cup Bakery where he excelled as a manager. He was predeceased by his parents and one brother, James Palmer. He is survived by his siblings – Patrick (Lisa), Kathryn (Len), Joseph, Paula (Carl), Scott (Laura) as well as many nieces and nephews.
As well as a good friend, Amy Faulkner for whom the family is grateful. Memorial contributions can be made to the Gosnell Hospice House 11 Hunnewell Road, Scarborough Maine 04074

There will be a private graveside committal service in the spring at the convenience of the family.