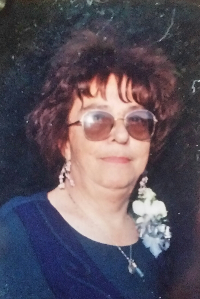 
Jane Adams (Sweinimer) Walker, 80, of Whitman, peacefully passed on Friday January 17 at her son’s home in Weymouth with family at her side after a long battle of end stage COPD.

Born at the Moore Hospital in Brockton on May 30, 1939 she was the eldest daughter of the late Ralph H. and Eleanor (Adams) Sweinimer of Whitman.

She graduated from Whitman High School in Whitman in 1957 and went on to attend Northeastern where she was certified as an X-Ray Technician, and would work at the Joslin Clinic in Boston and the Brockton Hospital in Brockton as an X-Ray Technician for 10 years prior to meeting her husband Jack and starting a family. Jane also worked for the Whitman Public School System in several departments, prior to retiring after 26 years with her last position being a Teaching Assistant in a Special Needs Classroom at the Duval Elementary School in Whitman, which she loved.

Jane was one of the founding members of Whitman Youth Soccer for which she served as the secretary for many years, as well as working in the Whitman Middle School Haunted House in Whitman for several years. She loved being outdoors, gardening, cookouts, attending the ROX Baseball in Brockton which she was a season ticket holder for years and especially loved spending summers in Connecticut at the cottage she had with her husband. Jane loved to travel whether it was to Brant Rock, the Cape, Maine, New Hampshire, Florida by train, but especially to Europe (England, Scotland, France and Canada). Jane loved to help and teach young children throughout the years and during her later years loved volunteering at the Whitman Public Library.

She was the wife of the late John "Jack" David Walker, the mother of one daughter Grace A. Jamerson of Maine, two sons John M. Walker of Oregon and Thomas W. Walker of Massachusetts, six grandchildren and 4 great grandchildren.

Her funeral service will be held Friday January 24 at 11:00 AM in the Blanchard Funeral Chapel, Plymouth Street (Rte. 58 @the rotary) Whitman. Burial will be private. Visitation will be one hour prior to the service from 10:00-11:00 AM.