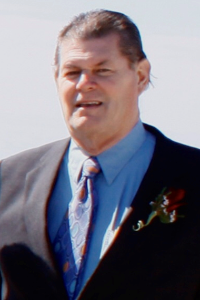 Donald P. Davison, 66 of Quincy, formerly of East Falmouth, passed away on January 5 at Carney Hospital after a long illness.

Born in Georgia in 1953 and raised in Whitman, he was the son of Donald Davison and the late Jeannine (Parker) Walsh.

He was a graduate of Whitman-Hanson High, Class of 1970 and enlisted in the United States Army serving in South Korea during the Vietnam War.

In 1980 he graduated from Cape Cod Community College. For many years he worked at Benthos, of North Falmouth and eventually became self-employed as a certified personal computer service and support technician.

In his early years he had a love of the outdoors, enjoying skating, swimming and hiking. A talented guitarist, he played with many local musicians.

Donnie will be most remembered for being a gifted writer who entertained family and friends with his stories, poems and historical accounts of the Revolutionary and Civil Wars.

A memorial service will be held in June (date to be announced). Burial will be in the Massachusetts National Cemetery, Bourne.