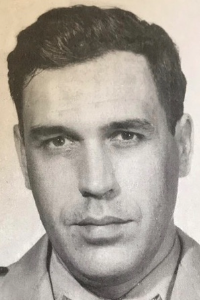 James Edward Arsnow, a long-time resident of the Mission Hill District of Boston, was called back to the lord on January 11, 2020 at age 93. James was born December 16, 1926 - the son of William Arsnow and Anne (Fitzgerald) Arsnow of Fall River Massachusetts and the brother to William Arsnow and sister Anne Oliver Webb who both proceeded him.

James grew up in Boston during the depression and graduated from Mission Church High School in 1942. He attended the College of Holy Cross while participating in the U.S. Navy V-12 officer-training program during World War II and served on board the destroyer tenders U.S.S. Arcadia and U.S.S. Diamond Head. Upon his discharge from the U.S. Navy, James enrolled at Boston College graduating with a B.S. in Science in 1949.

James chose to continue his career with the U.S. Navy and received a commission as an officer in the regular Navy. He received advanced training at the Georgetown University School for Strategic and International Studies and served as Naval attaché to Indonesia for many years. James retired a Lt. Commander in 1967.

James was a devoted member of the Basilica of Our Lady of Perpetual Help in Mission Hill where he worked for three decades as a sacristan, ran Bingo functions and was an active participant in the community. He enjoyed traveling to holy sites around the world and he was especially faithful to the Rosary and daily prayer. He was a quiet man with deep blue eyes, a warm heart, wry smile and an open hand to anyone who needed it.

Relatives and friends are kindly invited to visit with the family for a prayer vigil for James in Our Lady of Perpetual Help "Mission Church" 1545 Tremont Street, Boston on Thursday, January 23, 2020 at 9:00 a.m. A Mass of Christian Burial will follow at 10 o'clock. Burial will be on Friday morning January 24, 2020 at St. Patrick's Cemetery, Fall River. In lieu of flowers, donations may be made to Mission Church.