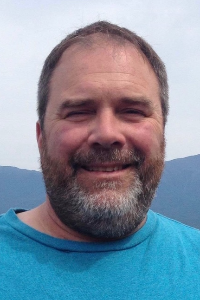 James Scott Vicino, 55, of Mattapoisett, passed away unexpectedly at home on January 12, 2020.

Born and raised in Wareham, Scott was a 1982 graduate of Wareham High School, and later earned a degree in Computer Science from New England Institute of Technology. He worked as a Customer Service Engineer for NCR for over 20 years, where he was well respected by his peers for his unmatched technical knowledge, leadership skills, and his willingness to provide assistance wherever needed.

Scott was one of a kind, known for his quiet gentle spirit, his genuine nature and his ability to fix just about anything. He treasured time spent with his family, being outdoors, and creating delicious homemade meals from scratch. He was loved beyond words and will be missed dearly by his family.

Scott was predeceased by his parents James and Frances Vicino.

All who knew and loved Scott are invited to join his family for a Celebration of his Life on Saturday, January 25th from 12 Noon – 3PM at the Rosebrook Event Center, 50 Rosebrook Place, Wareham.

Scott was laid to rest at St. Anthony’s Cemetery in Mattapoisett during a private burial service with his family. In lieu of flowers, donations in Scott’s memory may be made to the American Diabetes Association. Funeral arrangements are with the Saunders-Dwyer Mattapoisett Home for Funerals. For online guestbook, visit www.saundersdwyer.com.