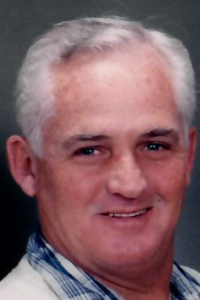 William P. "Billy Wadman, a lifelong Charlestown resident, entered into eternal life on Wednesday, January 15, 2020 at the Kaplan Family Hospice House in Danvers. He was 73 years of age.

Billy was born in Boston on September 20, 1946, a son of the late Harold N. Wadman and Louise (Nelson) Wadman. He grew up in a Charlestown where he was educated in the Boston Public School system and graduated from Boston English High School in 1964. He later went on to further his education at the University of Maryland and the University of New Mexico where he excelled in swimming. Billy worked as a hot dog vendor and was well known for his locations at the Boston Common and Post Office Square for over 40 years. He was an accomplished swimmer in his youth at the Charlestown Boys Club.

Relatives and friends are invited to attend Billy's Funeral on Monday, January 20, 2020 at 9 A.M. from The Carr Funeral Home, 220 Bunker Hill St. Charlestown followed by his Funeral Mass in St. Mary's Church, 55 Warren St. Charlestown at 10 A.M. His burial will be at Puritan Lawn Memorial Park in Peabody. His visiting hours will be on Sunday, January 19, 2020 from 2 to 6 P.M. in the funeral home.