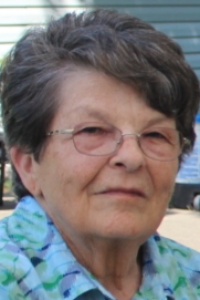 Barb was born December 7, 1944 in Minneapolis, MN to Wilbert Adam Meuleners and Kathryn Lois (Gross) Meuleners. Her school years were spent in Richfield, MN attending St. Richard’s Catholic School (1-8) and Richfield HS (9-12). She went to the U of MN briefly before enrolling in the LPN training program at Miller Hospital in St. Paul, MN and graduated in June 1965. She met Stephen Frederick Johnston on a blind date in November 1964 and they married on August 14, 1965. Her nursing career was temporarily halted by the birth of Jason Matthew (1/28/67) and then stayed at home full time after Jolie Michelle (7/26/69) was born. She started taking an avid interest in bowling and became quite the accomplished bowler consistently averaging in the 180’s. She also enjoyed golfing in leagues at Tartan Park. While bowling at Maplewood Bowl she accepted a part time job at the front desk which eventually turned into office work then Manager until 1998. In 1999 she started selling pull-tabs in White Bear Lake until 2013.

Special thanks to the staff at St. John’s Hospital and The Pillars Hospice House for their wonderful care and support.