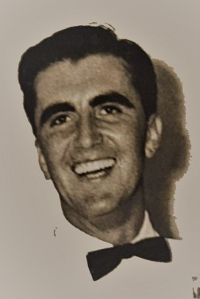 ELDRACHER - Arthur, age 92, of Tewksbury, passed away on Friday, January 10, 2020. Beloved husband of the late Claire Catherine Eldracher; and, son of the late John A. and Rose Eldracher of Boston. Arthur is the father of Kurt S. Eldracher of Andover, Lisa E. Erikson of Merrimac, Karen E. Winslow of Winchester, and Erik A. Eldracher of Tewksbury. Grandfather of Claire and Alison Aalerud, and Anders, Elsie and Emelie Eldracher.

Arthur was a hardworking man of integrity who dedicated his life to supporting and caring for his family. He joined the Army during World War II and served as a military police officer overseas. Returning to civilian life after the war, Arthur met his wife Claire, when both worked as instructors at the Arthur Murray Dance Studio in Boston. Earning a Master’s degree in Education, Arthur taught in the Boston Public School System, lead occupational education within defense contractors for US missile systems, held various senior management positions within, and ultimately retired from, the Massachusetts State Board of Education.

A passion for skiing in the White Mountains, the Celtics basketball team, and the games of chess and tennis, Arthur had a wonderful dry wit and perspective on life that lead to interesting conversations; and, his family and friends will dearly miss him.

There are no public Calling Hours or Funeral Services; and in lieu of flowers, donations may be made in Arthur’s memory to the Catholic Archdiocese of Boston.