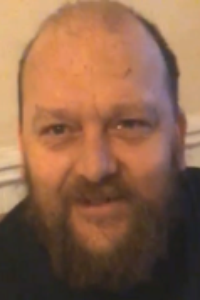 In the early morning of January 8th, 2020, Kenny passed away. He leaves his daughter Kaylene Coakley and 2 granddaughters. He leaves 2 sons Brandon Patridge of Vermont and his son Kenneth Patridge Jr of Chicopee. He leaves his mother Bernadette Riel from Easthampton. On Kenny's mother side of the family he leaves his sisters Tina Horner of Easthampton. Theresa and Robert Brousseau of West Springfield and his baby sister Lori Patridge of New Hampshire. He leaves 2 brothers Paul and Barb Musial of Chicopee, Gary Musial of Westfield. he is predeaced by his brother Joseph Musial. On Kenny's father side of the family he leaves his sisters Cora Ambros and Brenda Patridge and his brothers Gorden Patridge of Ware, Curtis Patridge of Chicopee and Steven Patridge of Westfield. he is predeceaced by his father Warren (Red) Patridge and his sister Uligail and his brother Warren (Buddy) Patridge.
J.N. Boufford & Sons Funeral Home is in charge of arrangements.
For more information and online guestbook please visit bouffordfuneralhome.com.