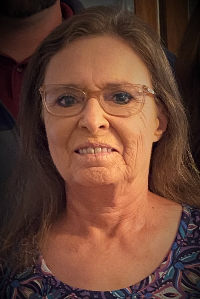 Clara Horton Warren, 59, of Enigma passed away Wednesday, January 15, 2020, at Tift Regional Medical Center. A graveside funeral service will be held Mrs. Warren at 2:00 p.m. Sunday, January 19, 2020, at Mount Paron Primitive Baptist Church Cemetery in Alapaha, where she will be laid to rest. The Rev. Ronny Vice will officiate. The family will receive friends Saturday, January 18, 2020, from 6:00 to 8:00 p.m. in the Chapel of Bowen-Donaldson Home for Funerals.

Members of Mrs. Warren’s family will serve as pallbearers.

Born December 9, 1960 in Tifton, Mrs. Warren was the daughter of the late Robert Horton and Fannie Baldree Horton. She was also preceded in death by one sister, Mary Graham; one granddaughter, Kaitlyn Hendley; and one grandson, Stephen Baker. She was very well-known and had so many friends from her 15+ years of employment as the Heart/Manager at Gen-Earls. She loved helping people out anytime they needed it. She was very kind-hearted and loved everyone. She will be missed by so many.