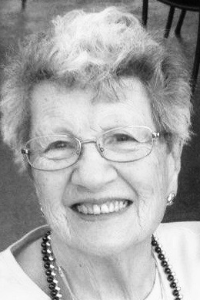 Elvira “Vera” M. Danesi (Seminara), age 94, of Canton, passed away January 13, 2020 at North Woods Village in South Bend, Indiana. Vera was born in Dorchester on May 30, 1925, daughter of Rosalia (Barreca) and Giuseppe Seminara; also sister Nino and Joseph Seminara, her late brothers. She graduated from the Academy of the Assumption in Wellesley, Class of 1943 and attended Boston University.

Beloved wife of the late Enzo Danesi, whom she married in 1957, Vera exemplified grace, the love of life and was happily the matriarch of her loving family. She leaves behind her children, Gioia Goodrum and her husband, Perry, Maria Tedesco and her late husband James, and Marc Enzo Danesi and his wife Leslie. She was Nonni “V” to her five grandchildren: Leah Tedesco, Olivia Tedesco, Madeline Danesi, Nicholas Danesi and Isabella Gioia Danesi.

Vera and her late husband Enzo, opened their first restaurant together in 1978,
Le Bocage, which was first originally located in Cambridge and later moved to Watertown. Vera was a quiet presence at Le Bocage, contributing to both the financial and administrative duties of the restaurant until 1990. In 1981, Vera and Enzo also shared their skills as founding partners at Il Capriccio in Waltham.

Throughout her life, Vera developed lifelong friendships. She enjoyed Nantucket basket weaving, travelling, and knitting. Vera moved from Canton to Lake Forest, IL in 2006, and became active in the The Prayer Shawl Ministry at the First Presbyterian Church of Lake Forest. She made many new friends and will be remembered for the enthusiasm and happiness she brought to any group or project.

Vera lived a full life and she will be remembered for many things, but especially her ability to laugh, make us laugh and enjoy life. Nonni “V” loved spending time with her grandchildren and had a fondness for animals and her much loved dogs.

Relatives and friends invited to attend a funeral service at St. Gerard Majella Church 1860 Washington St. Canton Saturday February 1st at 11 am. Visiting hours will be at the Dockray & Thomas Funeral Home 455 Washington St. Canton Saturday morning prior to the mass from 9:00 am to 10:30 am. A private burial will be at St. Michael’s Cemetery in Roslindale.