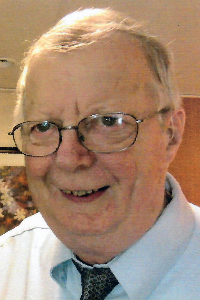 SPENCER: Jacques J.A. Travers, 73, of Spencer, died peacefully, Monday, Jan. 13 at Rose Monahan Hospice Home in Worcester.
He leaves his wife of 47 years, Christine M. (Kebbon) Travers, his daughters Karen E. Kowal and her husband Daniel Kowal, MD of Sturbridge and Kimberly A. Rhault of Nashua, NH, his sister Danielle Gonnin and her husband Alain of France, his grandchildren Ethan, Madeline and Colin Kowal.
Born in Morlaix, Brittany in France, he was the son of Albert and Madeleine (Guillerm) Travers and was educated in France.
He was a longtime accountant for Reed-Rico (formerly Reed, Rolled Thread & Die Co.) in Holden before retiring in 2012.
A founder and former president of the Worcester Computer Society, Jacques had many diverse interests ranging from a love of Antarctica to a fascination with genealogy.
At his request, funeral services will be private with burial in Worcester County Memorial Park, Paxton. In lieu of flowers, contributions may be made to Rose Monahan Hospice Home, 199 Rosewood Dr., Suite 180, Danvers, MA. 01923
The J.HENRI MORIN & SON FUNERAL HOME, 23 Maple Terr., Spencer is directing arrangements for the family.