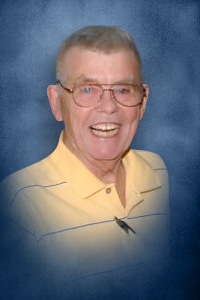 Owen R. “O9” Nine, age 86, entered into rest on Monday, January 13, 2020 when he joined his beloved wife, Joni Pinkston Nine.
Owen was born in Knoxville, Tennessee to the late Wesley Alva Nine and Flossie Robinson Nine. He proudly served in the United States Navy where he was an airplane mechanic at the Naval Airbase in Jacksonville, Florida. Not having a car, Owen would hitchhike back and forth from Jacksonville to Knoxville to visit with his mother and other family while he was on leave. After moving back to Knoxville, Owen took a job as a service technician with Hobart Corporation. Following numerous promotions, Owen and his family were moved to Augusta in 1967 for him to open a Hobart office to serve the CSRA. He remained the owner and proprietor of the Augusta office until 2005 when he sold the business to his son, Mark. Owen was dedicated to the Harrisburg and Frog Hollow communities of downtown Augusta. Donating the original Hobart office, his gift was turned into the Harrisburg Health Clinic where Owen’s legacy of selfless giving will continue after his death. A true Christian with a servant’s heart, Owen was a devoted member of Curtis Baptist Church.
It was with a strong work ethic that Owen never took time off work, even during two rounds of cancer treatment. He became his oncologist’s “poster child” when he gained weight (thanks to his wife’s nightly milkshakes) instead of losing it, and when he fought through the loss of energy to continue on with daily life. When he did take time away from work it was to enjoy golf, fish at Clarks Hill, or to cheer on the Tennessee Volunteers football team.
Owen will be remembered for his honesty and kindness, and his stern hand.
He is survived by his three children, Mark Nine (Lynn) of Martinez, Diana Nine of Knoxville, Tennessee, and Paul Nine (Kaye) of Martinez; and brother, Ben Nine (Nita) of Hickory, North Carolina. He was loved and adored as “Ga Ga” by his three granddaughters, Cristy Nine of Charlotte, North Carolina, Jennifer Dunne (Richard) of Martinez, and Kennedy Nine (David Sammons) of Martinez; and three great grandchildren, Bailey Jenkins, Riley Jenkins, and Dylan Dunne. Owen never met a stranger and made friends with everyone he encountered. He is also survived by a boundless number of friends whom he held close to his heart.
The family will receive friends from 6-8:00 P.M. Thursday at Platt’s Funeral Home Crawford Avenue.
A graveside service will take place at 1:00 P.M. Friday, January 17, 2020 at Westover Memorial Park. The Reverend Bryan Carter will officiate.
Please sign the guestbook and send condolences at,
www.plattsfuneralhome.com
Platt's Funeral Home 721 Crawford Avenue Augusta, Georgia 30904