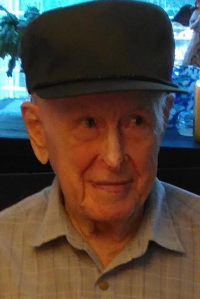 Hugh was a United States Navy Veteran during WWII and the Korean Conflict. He worked as a foreman at Friend Lumber in Medford for many years.

Hugh was the husband of the late Jeanne M. (Driscoll) McGonagle. He was the beloved father of Michael McGonagle of Somerville, Cheryl Sullivan of Stoneham, Dennis Hayes of Medford, and the late Maureen Martin and John Hayes. Hugh was the dear brother of Anna Estle and the late John McGonagle. He was the cherished grandfather of Scott and Eric Martin, Shawn McGonagle and his wife Noel, Paul Sullivan and his wife Larissa, and Sarah Simonelli and her husband Christian, and great grandfather of Kyle and Bri-Lynn McGonagle. He is also survived by many nieces and nephews.

The funeral will be held at the A. J. Spadafora Funeral Home, 865 Main Street, Malden on Wednesday January 22nd at 8:00am followed by a Mass of Christian Burial in Saint Joseph’s Church, 770 Salem Street, Malden at 9:00am. Relatives and friends are respectfully invited to attend. Visiting hours will be held at the funeral home on Tuesday from 3-7pm. Interment will be in Holy Cross Cemetery, Malden.

In lieu of flowers contributions in Hugh’s memory may be made to the New England Center for Homeless Veterans, 17 Court St., Boston, MA 02108.