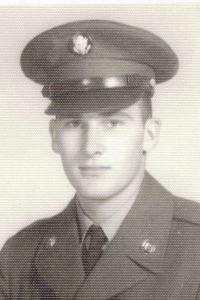 SPENCER/PORT ST. LUCIE, FL.: Normand C. Vandale,84, of Port St. Lucie, Fl. died Sunday, January 12 at his home, surrounded by his family after a long illness.
He leaves his wife of 62 years, Alice L. (Lussier) Vandale, his son Paul N. Vandale and his wife Emily of Spencer and his daughter Therese Y. Vanwert and her husband George of Lutz, Fl., his brother Robert Vandale of E.Brookfield, four grandchildren; Leah Vandale of Pittsburg, PA, Breanna Vandale of Ft. Lauderdale, Christopher Vanwert of Tampa, Fl., and Jacqueline Vanwert of Lutz, Fl., many nieces and nephews.
Born in Spencer, he was the son of Ernest and Yvonne (Brunelle) Vandale and lived most of his life in Spencer before moving to Florida in 2005.
Norm was a longtime supervisor at Norton Co. in Worcester, retiring in 1997. He graduated from David Prouty High School in Spencer and later served his country with the U.S. Army during the Korean War. He was a member of Mary, Queen of the Rosary Parish before moving to Fl.
He was a member of many Savannah Club activities in Florida, including the Men's Club, Fishing Club, and Card Clubs as well as a member of Holy Family Church in Port St. Lucie.
Norm's funeral will be held on Saturday, Jan. 18 from the J.HENRI MORIN & SON FUNERAL HOME, 23 Maple Terr., Spencer with a Funeral Mass at 11 a.m. in Our Lady of the Rosary Church, 7 Church St., Spencer. Burial with Military Honors will follow in Worcester County Memorial Park, Paxton. A calling hour will precede the service on Saturday from 9:30 to 10:30 a.m. in the funeral home. In lieu of flowers, contributions may be made to Mary, Queen of the Rosary Parish, 60 Maple St., Spencer, MA. 01562.