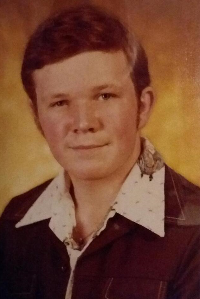 NORTH CONWAY- Jason passed away unexpectedly at home in North Conway, New Hampshire, on January 8, 2020, from heart failure due to uncontrolled high blood pressure. He was born on July 21, 1963, in Bridgton, Maine. He was the son of Howard L. Farley and Carol L. Holmes Farley Vickery. Jason grew up in Hiram and attended Sacopee Valley Junior Senior High School. Jason enjoyed bowling and fishing, and was an excellent artist and cook. He eventually settled in the North Conway area. Jason worked in several different fields including the lumber industry and construction, but he particularly enjoyed being a short-order cook. He married Deborah Warner Geer in 1998. The couple resided in the North Conway area. They moved to Idaho for a bit, but decided that New England was the place to be and moved back to New Hampshire after a few months. He was predeceased by his wife Deborah, and a step-son, Travis Geer, and by his father Howard Farley. He is survived by his mother Carol Vickery, his sister Tracey and her husband Michael Berube and nieces, Nicole and Elizabeth Berube, and two step-sons, Robert and Todd Geer, and his beloved dog, Xena.
The family will be holding a private service later in the year. Online condolence messages can be submitted at the Poitras, Neal & York Funeral Home website, www.mainefuneral.com
Jason loved animals, so please consider making a donation in his memory to Harvest Hills Animal Shelter and/or the Conway Area Humane Society.