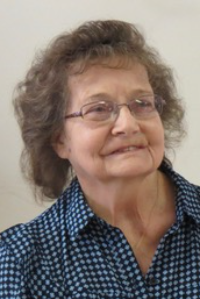 STANDISH- Margaret (Peggy, Meme) Fogg, age 76 passed away January 13, 2020, at
home after battling a long illness. Her family was with her as she gained her wings.
Born in Portland, Maine on May 4,1943, a daughter to the late Greenfield Sawyer and Helen
Phillips.
Peggy married her husband Kenneth Fogg on February 9,1961. They would have celebrated
their 59th Wedding Anniversary in a few weeks.
A graduate of Portland’s Deering High School, class of 1961, Peggy went on to pursue a
lifelong career in early childhood education. Peggy began with a licensed in Home Day Care for
several years before becoming the first Director at Rand Hill Nursery School at the Methodist
Church in Cape Elizabeth when it was first opened. While at Rand Hill Nursery School, she built
a greater love for all the children she would have in her programs and treated them as though
they were family. Peggy was known for her many pageants, activities and projects she did
with the children. Peggy being well known in the community eventually moved on to begin
working at Cape Elizabeth Community Services, where she was the Director of the Cape
Elizabeth Extended School Before and After Care. She did this as well as being active in the Summer Pre School Programs. She retired from her position after 25 years, to spend time with her family.
Anyone that knew Peggy, knew you would not find her sitting still for very long. She was always
running circles around everyone with her electric energy and fun filled personality. To know
Peggy was to love Peggy. Peggy loved arts and crafts, sewing, baking, reading, woodworking,
exercise, camping or any activity that was with children. She worked endlessly on projects for
any gathering or get together, it was what brought her joy, doing things for others and if it made
just one person smile, she would say it was worth it.
Peggy was involved in various activities in the communities she lived in. She participated in
several productions at The Portland Lyric Theatre. She loved dancing at the former 3 Arts Dance
Studio of Maine. She was often seen going to aerobics and exercise classes just because it
was fun and brought her joy. Peggy loved volunteering time within her community, she was
always busy and wanted to give as much joy as she could to those around her. She spent time
volunteering for Youth Fellowship, Haven House, and Kids Harvest Programs. She was often
found creating bulletin boards, lending a helping hand to anyone who needed or asked. Peggy
was a member of the Standish Lions Club.
Peggy was married to the love of her life Kenneth M Fogg, and together they had and raised 5
children and helped care for many others along the way, their home was always open to
anyone who needed a place to stay. Peggy had a huge heart and wanted her home filled with
love, children and happiness.
She is survived by her husband of 59 years Kenneth M. Fogg of Standish, Children- Suzanne Verrill
and husband Jeffrey, Stephen Fogg and partner Becki, Alicya Fogg, Dawna-Lynn Fogg and
partner Shelly, Katrina Hale and husband Randel. She was blessed to have 17 grandchildren
and 19 great grandchildren.
A Celebration of Life will be held on Sunday January 19, 2020, from 1pm-4pm at the American
Legion located at 15 Lewiston Road, Gray Maine 04039
Online condolence messages can be submitted at the Chad E. Poitras Cremation and Funeral Service website, www.mainefuneral.com
In lieu of flowers, we would love to have family and friends bring a children’s book to donate to
the Peggy’s Book Box, this will be donated to the Cape Elizabeth Community Services School
Programs where she spent many years caring, nurturing and teaching so many children.