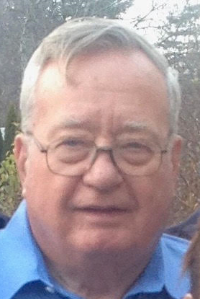 Lawrence William Jones, 76 of Plymouth Massachusetts passed away in his sleep at home, unexpectedly, December 24, 2019. Born in Boston, Massachusetts on June 29, 1943 to the late Olive (Carroll) and John E. Jones.

He graduated from Boston University in 1966 with a Bachelor of Science degree in business administration. He worked as an internal auditor for the Howard Johnson Company, Ground Round and Pizzeria Uno restaurants over the span of 44 years.

He proudly and honorably served his country in the United States Air Force January 4, 1967 to October 20, 1972. He received the National Defense Service medal, Vietnam Service medal and the Republic of Vietnam Campaign medal.

Larry was an avid reader, loved to travel the world, garden, spend time outdoors and most importantly spend time with family and friends. There were few activities that he would NOT participate in. His adventures lead him to horseback riding, camping, ATV riding and canoeing.

He was the devoted husband of his late wife Elizabeth (Betty Provost ) Jones for 46 years and loving father of Christopher Jones of Sunderland, Ma. He was the dear brother of Jack and his wife Nancy, Mary Jones, Olive and her husband Steve Dimond all from Middleton, Billy and his wife Barbara of Maine, Tommy and his wife Sara from Haverhill Ma, the late Alfred and his wife Agnes of Middleton, Brother-in-law to Leo and Claire Provost of East Bridgewater, Rosemary and John Burnett of Whitman, Ellen and Roger Atkinson of Abington. He leaves behind his Aunt Julie Johnson of Middleton and had several cherished God children, nieces, nephews, as well as great nieces, great nephews and cousins.

A funeral mass will be held in celebration of his life at Saint Bridget’s Church, Abington, MA on March 7, 2020 at 9 AM. Burial to follow at Saint Patrick’s Cemetery, Rockland MA.