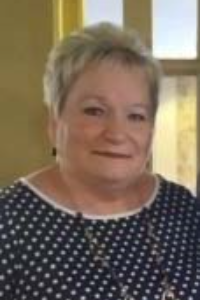 She was born on January 8, 1959 in Bridgeport, CT, the youngest daughter of Arthur and Ruth (Babson) Gonyea. She graduated from Auburn High School in 1977 and attended Worcester State College. She lived in Spencer, Leicester, Millbury and Spring Hills, FL before moving to Sturbridge in 2013.

Dawn had several jobs in her working career. She was a buyer for TJX Flagship Headquarters in Framingham, a salesclerk at The Children’s Place and at Ann Taylor in the former Worcester Galleria, and a waitress at Fireside Restaurant in Millbury. In recent years she worked part-time as a waitress at her partner’s restaurant, the Happy Dog Café in Southbridge.

She loved animals and going camping. She held a membership in the Focus Fitness Center in Southbridge. Her family was her treasure.