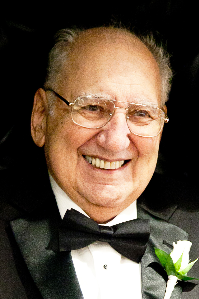 Lenine M. Gonsalves, 92, of Rochester passed away on Saturday January 11, 2020. He was the loving husband of Beatrice (Rogers) Gonsalves; they had been married for 67 years.

Born in New Bedford, he was the son of the late Manuel and Maria Augusta (Mendes) Gonsalves. Following his graduation from New Bedford High School in 1946, he joined the U.S. Army Air Force where he was a GCA technician. During this period, he was selected to attend the U.S. Naval Academy at Annapolis, Maryland from which he graduated with a Bachelor’s degree in electrical engineering in 1952. He later received his Master’s degree from Northeastern University. He also completed post-graduate work at Brown University, Boston University, MIT, and City College of New York.

Len had been a Professor of Electrical Engineering at the University of Massachusetts Dartmouth. He began his long and distinguished teaching career in 1953 at the New Bedford Textile School. Throughout the years he helped to build the electrical engineering department into a world class educational operation. At the time of his retirement in 1991, he had taught for close to forty years, half of those as the chairman of the Department of Electrical Engineering.

In 1969 Len went to Saudi Arabia for two years where he helped establish an electrical engineering program and outfit the electrical engineering laboratories at the Saudi Arabia College of Petroleum and Minerals. He later spent the 1979-1980 academic year at the Institute for Electronics and Electricity in Boumerdes, Algeria, again helping to establish a new program.

He was predeceased by his son, Dennis Gonsalves and his brother, Tony Gonsalves.

Family and friends are invited to attend visiting hours on Monday January 13, 2020 from 4-7 PM at the Saunders-Dwyer Mattapoisett Home for Funerals, 50 County Rd., Route 6, Mattapoisett. His funeral service and burial in St. John’s Cemetery in New Bedford will be private. In lieu of flowers, remembrances may be made to the Shriners Hospitals for Children, 51 Blossom St., Boston, MA 02114. For directions and guestbook, please visit www.saundersdwyer.com.