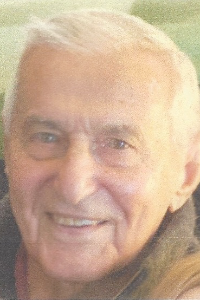 
Frank A. Signoriello, age 90, a lifelong resident of Mansfield passed away peacefully, with family by his side on Sunday, Jan 12, 2020 at the Stanley R. Tippett Hospice Home in Needham. He was the beloved husband of the late Suzanne M. (Burns) Signoriello, to whom he was wed for twenty-five years at the time of her death in 1999.

Born on May 9, 1929 in Mansfield, Massachusetts, Frank was the loving son of the late Giovanni and Annina (Caruso) Signoriello.

Frank was a graduate of Mansfield High School, class of 1947. After high school, he proudly served his country as an accountant in the United States Army from 1951 to 1953, before earning degrees from Bentley College and Northeastern University School of Business Administration.

A successful entrepreneur, Frank founded C&S Insurance in 1959 with his partner, the late Ben Cavallo, and helped lead the organization for more than 50+ years before passing the business on to his son in 2004. He served as a board member at West Dennis Yacht Club and enjoyed his free time on Cape Cod.

He was a great friend to many, and always loved connecting with people and getting to know them more. He enjoyed being outside, whether it was on the beach, or working in his yard.

His funeral Mass, to which relatives and friends are cordially invited to attend, will be celebrated on Friday, January 17th at 11:00 A.M. in Saint Mary’s Church, 330 Pratt St. (Route 106) Mansfield. Burial with military honors will follow at Saint Mary’s Cemetery in Mansfield.

Visiting hours are omitted and in lieu of flowers, gifts in memory of Frank Signoriello, to support patient care, may be made to VNA Hospice & Palliative Care/ Stanley R. Tippet Hospice Home, 920 South St., Needham, Ma 02492, or online at www.vnacare.org/donors.