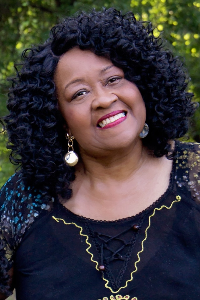 Mrs. Brenda Joyce Brown Tutt, wife of the late Godin E. Tutt, of Columbia County, Georgia, entered into rest on Thursday, January 9, 2020.
Funeral services will be held at 11:00 AM on Saturday, January 18, 2020 at the Highway 56 Church of Christ with Elders Jerome Peterson and Shawn Leonard officiating. Burial will follow at Walker Memorial Park.
Brenda was born in Augusta, GA to the late Bennie Brown, Sr. and Elizabeth Trowell Brown of Aiken County on March 23, 1947. She entered the world on a very rainy Sunday afternoon.
Brenda matriculated at Ursula Collins Elementary School. In 1960 Brenda began a fantastic high school career at Immaculate Conception Academy. Many beautiful memories were created!
As Brenda, in 1965, put the wonderful memories behind her, she attended Albany State College during that summer and one year afterwards. She, then, transferred to the University of Georgia in Athens. She graduated with a Bachelor of Science in Education in Mental Retardation, becoming the first African American female to receive this degree from Augusta, Georgia in 1970.
Married to Godin Eldridge Tutt on November 20, 1976, she was a committed and dedicated wife for over 30 years. To this union, two children were born, one of whom, Michael Eldridge Tutt, preceded her in death.
Mrs. Tutt became a member of Delta Sigma Theta, Aiken-Augusta Alumnae Chapter, in April of 1976. She also received a Master of Education degree from Georgia College in Milledgeville. One of the most rewarding experiences of her life was earning a red car from Mary Kay Cosmetics and attaining Sales Director status in 1999.
Mrs. Tutt always said she would never forget her time spent at Tubman Middle School and the coworkers she met.
She joined Springfield Baptist Church in June 2002. In October of 2014, Brenda returned to the Greater Mount Canaan Missionary Baptist Church of her childhood. She re-joined in January of 2015 and became a member of the Mother’s Board. Brenda originally joined this church on October 9, 1955 at the tender age of 8. Brenda also enjoyed her affiliation with the Highway 56 Church of Christ in recent years.
The association of friends, members and prayer partners was the joy of her existence. And, finally, the Redhat Sophisticated Ladies Chapter 701173 of the Redhat Society brought her much comfort and happiness.
Brenda is survived by her beloved daughter, Jennifer Michelle Tutt Joffrion and her husband
Aristide Clarence Joffrion; brother, Bennie Brown, Jr. of Columbia, SC; brother-in-law, Lawrence E. Tutt, of Newnan, GA; sisters, Alice E. Bunyan and Patricia A. Brown, both of Augusta, GA; three grandchildren, Amiya Kierra Joffrion, Trinity Madison Tutt Myers and Adalynne Grace Joffrion, all of Grovetown, GA; uncle, Rev. Jacob C. Trowell (Pastor Emeritus, Gethsemane Baptist Church), of Augusta, GA; and a host of devoted nephews, nieces, cousins and friends.
The family will receive friends at the funeral home on Friday evening, January 17, 2020 from 5:00 until 7:00 PM, and then again on Saturday morning at the church one hour prior to the service.
Pleases sign the guestbook and send condolences at www.plattsfuneralhome.com.
Platts Funeral Home 337 North Belair Road