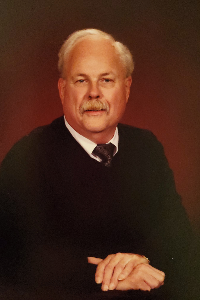 Jon R Erickson passed away January 8th 2020 at age 68 at Mayflower Place Nursing Home in Yarmouth MA, predeceased by his parents Phyllis & Russell Erickson. The youngest of three brothers, Jon was born in Brockton MA on March 30th 1951.
In 1971 he married his loving wife of 48 years, Sandra (Weir) Erickson, who will miss him dearly. Together they raised four children. He had five grandchildren and many nieces and nephews. The family was the thrill of his life, which in the later years focused on the grandchildren that he adored.

When not working, Jon enjoyed maintaining and showing his classic cars. Model Railroading was a passion from a young age focusing mostly on HO and N gauge. In the kitchen, he got the nostalgic pleasure of baking his mother’s recipes. When outdoors, bird watching was a favorite past time.

In addition to his wife, Jon is survived by his brother Bruce and wife Pat; his brother Dale and wife Jane; his daughter Sally; daughter Jennifer and husband Johnny with their child Thomas; his son Scott and wife Clare with children Justin, Ciana, Colin and Madelyn; and his son Jeffrey.

Jon was a caring and loving man, and a true friend to all who knew him. He will be sorely missed.

A Celebration of Life will be held at the Yarmouth House, 335 MA-28, West Yarmouth MA 02673, Sunday, January 12th from 5:00pm-8:00pm. In Lieu of flowers, donations can be made to Jon R. Erickson Scholarship Fund at The Cooperative Bank of Cape Cod, Or Mailed to 1470 Orleans Road, East Harwich, MA 02645, for his grandchildren’s college fund.