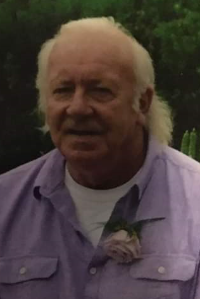 John Michael Boguzewski Jr.
August 13, 1952 - January 9, 2020
EFFINGHAM- John Boguzewski Jr, 67, passed away, after a courageous battle with cancer, at Frisbee Memorial Hospital in Rochester, New Hampshire on Thursday January 9, 2020. He was born in Amesbury Massachusetts on August 13, 1952 to Hazel and John Boguzewski Sr. John attended Amesbury High School as well as Haverhill Trade School. He resided in Amesbury until 1986 when him and his family moved to Shapleigh Maine.
John worked at Bailey/Venture Corporation in Seabrook New Hampshire as a mechanic for 35 years. He then worked at GI Plastics and later retired from National Gypsum in Portsmouth New Hampshire.
He enjoyed hunting, fishing, camping and most of all spending time with his family.
John is survived by his wife, Linda Boguzewski of 49 years; his five children-Valerie Mazalauski and her husband Robert Mazalauski, Stacy Shermerhorn, Patricia Boguzewski, Tammy Tuttle, Timothy Boguzewski and his wife Michelle Boguzewski; Brother- Michael Boguzewski and his wife Karen Boguzewski; sisters- Mary Ellen and Theresa Boguzewski; mother in law- Janet Snow; 17 grandchildren; 17 great grandchildren
He is predeceased by his parents- Hazel and John Boguzewski Sr.; and a father in law- Charles Snow Sr.
Per John's request there will be no funeral services.
We will have a celebration of life at a later date.
Arrangements have been entrusted to Poitras, Neal & York Funeral Home, Cornish, www.mainefuneral.com